Julian Kerins - Award-winning & genre-spanning frontman seen on: Fox, NBC, ABC, The CW & more. With his 8+ octave range, ability to hold notes for over 1 full minute, polyphonic vocals, and impressive instrumental work alongside Michael Vetter (drums), and Michael Schuler (bass), they've drawn millions of viewers and wowed thousands across the globe. The trio's tours have featured them at festivals alongside: MGK, Fall Out Boy, The 1975, Greta Van Fleet & more. They're backed by a production team including Frank Mitaritonna, Tom Flynn & Kyle Monroe at VuDu Studios that have worked with Grammy award-winning artists as well as major networks such as Netflix, Fox, and NBC. Julian can be seen cameoing in "Gears" by Lamb of God, a Sony Music Production. Julian has worked with famed manager Dave Lory, who helped bring us such talents as: Lady Gaga, Prince, Jeff Buckley, Chris Cornell & many more on music for new artist Amanda Masefield. The trio are currently on an international tour. Listen to Julian Kerins on Sirius XM & iHeart Radio around the globe.

First-hand experience is always superior to the written word. Listen and find out what the music means to you.

Watch "Vie" in this viral vid (Now over 2 million views)

Listen to "Maelstroms" on Spotify (Now Over 1.25 Million Streams)

Listen to the new single "Vie" on Spotify 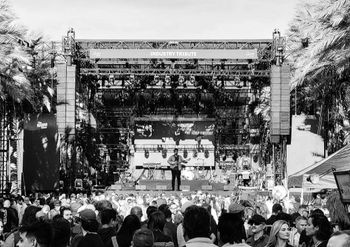 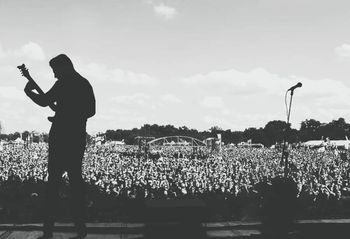 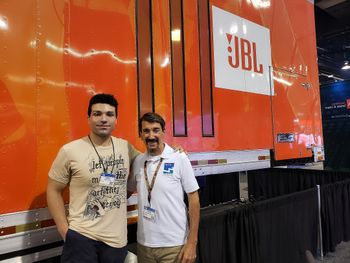 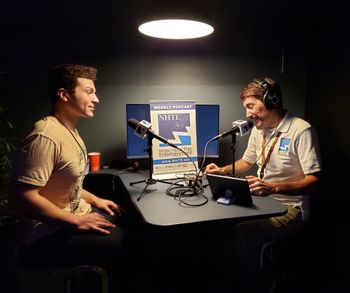 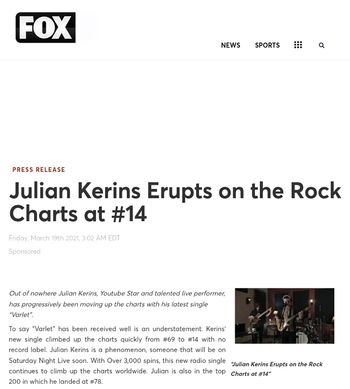 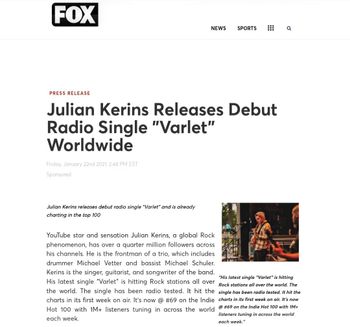 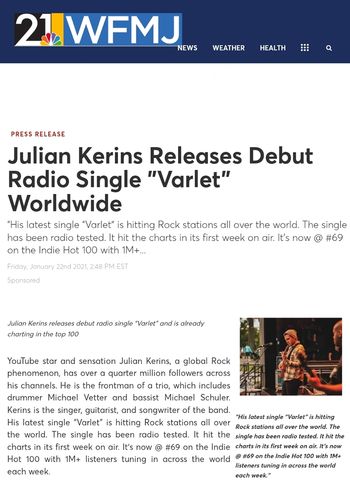 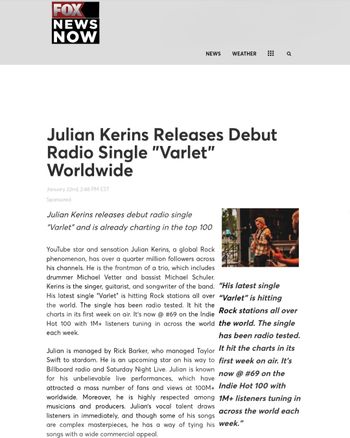 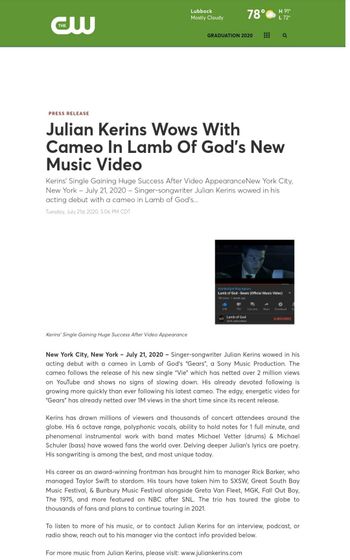 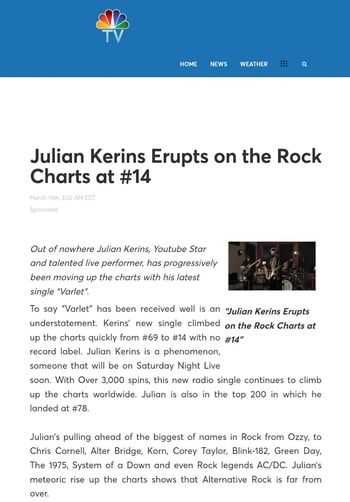 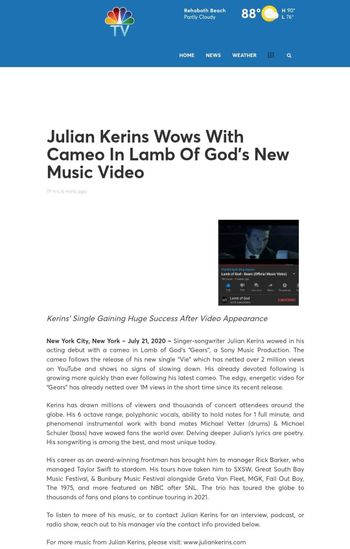 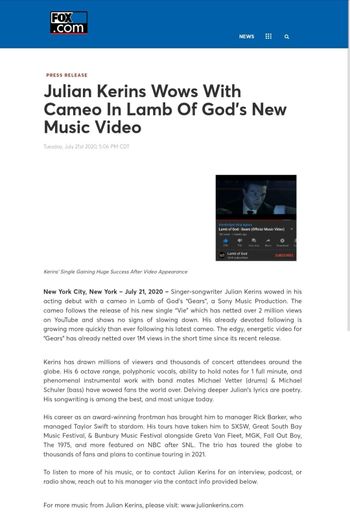 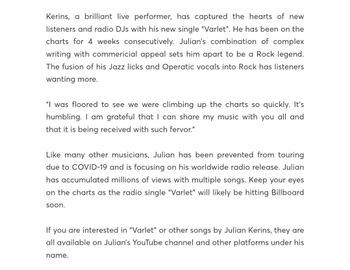 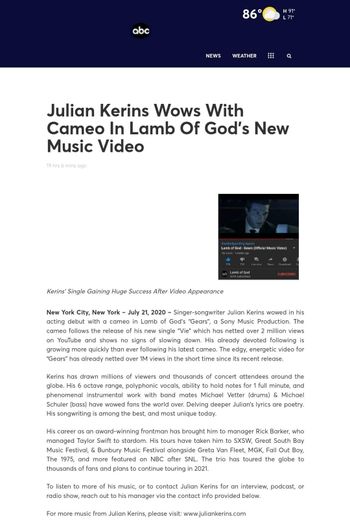